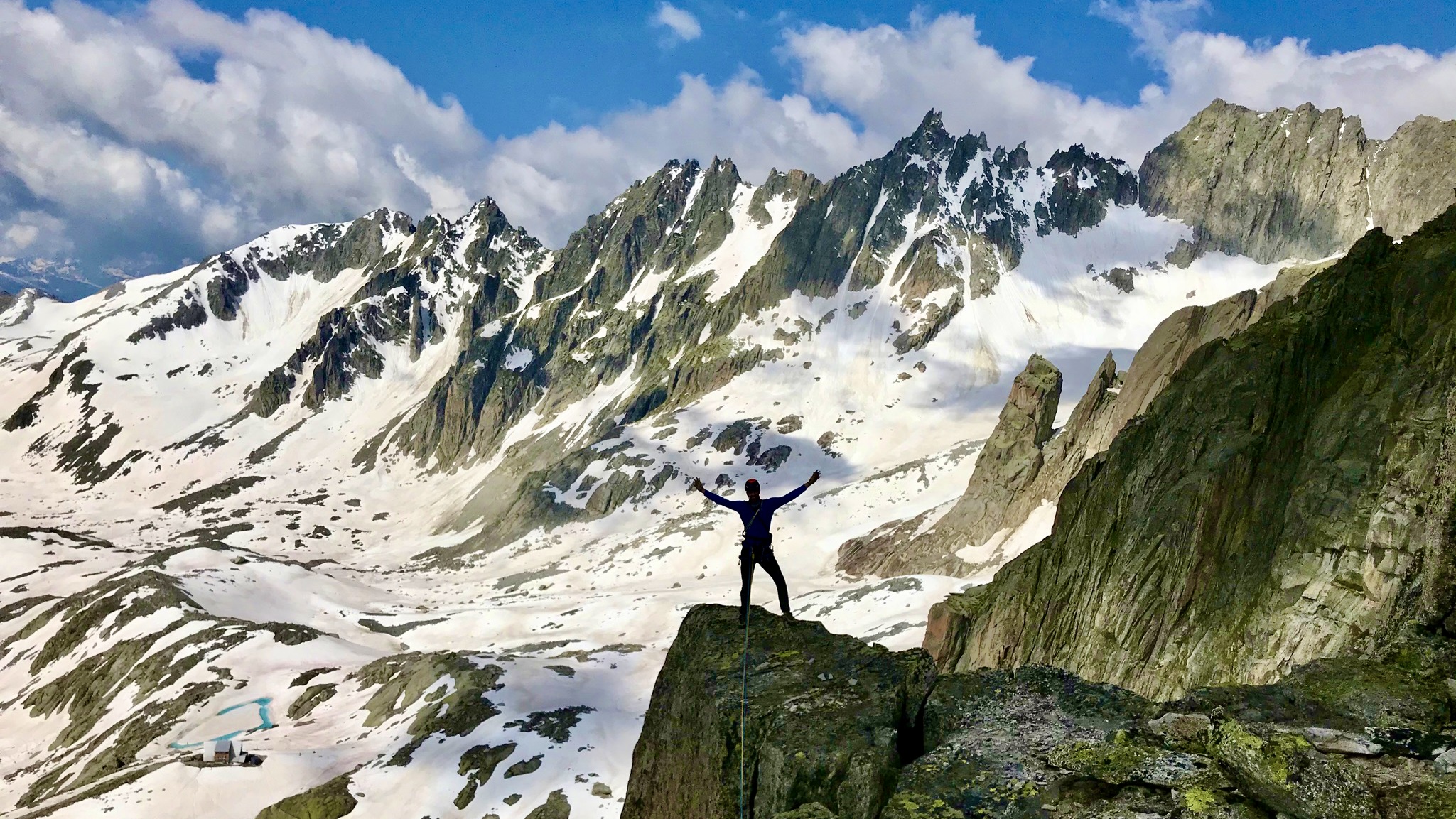 Located gorgeously in the heart of the Alps, Switzerland is a beautiful mountainous country in Central Europe with several peaks over 4,000m. What makes it an amazing tourist destination contains a long list of things which includes climbing the Swiss Alps. Almost every adventurer’s ultimate bucket list features rock climbing in Switzerland. Why?

In addition to high mountains and stunning landscapes, Switzerland is extremely popular among adventurers for its rock climbing trips. In fact, the country has some of the best climbing regions in entire Europe. These outdoor rock climbing trips let you embark on a journey where you breathe fresh air and enjoy breathtaking views.

Although Switzerland has many small and big mountain climbing sites, it has three distinct climbing areas that grab the special attention of mountaineers. They are Eastern Swiss Alps, Western Swiss Alps, and the Jura mountains in the North.

This is a Swiss area that is usually referred to as the heart of Swiss Alps. It is because the region features numbers of climbing routes that could be as long as 400m. These are bolted single pitch and multi-pitch climbing trails that have different kinds of rocks, including limestone, granite, and gneiss. Here, you could also find some traditional routes where you require cams and nuts. Apart from these routes, there are some boulder areas.

Similar to Easter-side Alps, this region is also a popular rock climbing region. If you want to go for rock climbing in an area featuring the largest rock climbing routes in Switzerland, then reach Western Swiss Alps. From Interlaken to popular mountains of Eiger and Jungfrau, there are rock climbing areas in the region which are capable of gratifying the adventurer within you. It has many bolted single pitch and multi-pitch climbing routes that are 100’s of meters long. In the case you want bouldering fun in the area, then head towards Kandersteg as it has multiple areas that include the largest bouldering place.

Although it’s a small mountain range situated in the north of the county, it has plenty of rock climbing regions to get a glimpse of the region’s scenic beauty while enjoying the climbing on limestone rock. Most of the routes in the region are bolted. This makes them some of the safest climbing routes in the country. As the climbing areas of the Jura Mountains are in a lower altitude region, you can enjoy rock climbing here in almost all seasons of the year.

While learning skills in the course, you test yourself in a controlled environment under the watchful eyes of experienced climbers and guides. There is a setup that makes you familiar with the challenges you may face during the climbing route. In addition, skilled experts train you for the route and teach you skills that you can use during the outdoor climbing tour to make it secure and enjoyable for yourself.

Join one such course at Life Adventure Guiding and train yourself for the bigger challenge in the Swiss Alps. If you are a group of individuals, who want to have rock climbing fun in Switzerland, then we also have courses for you.